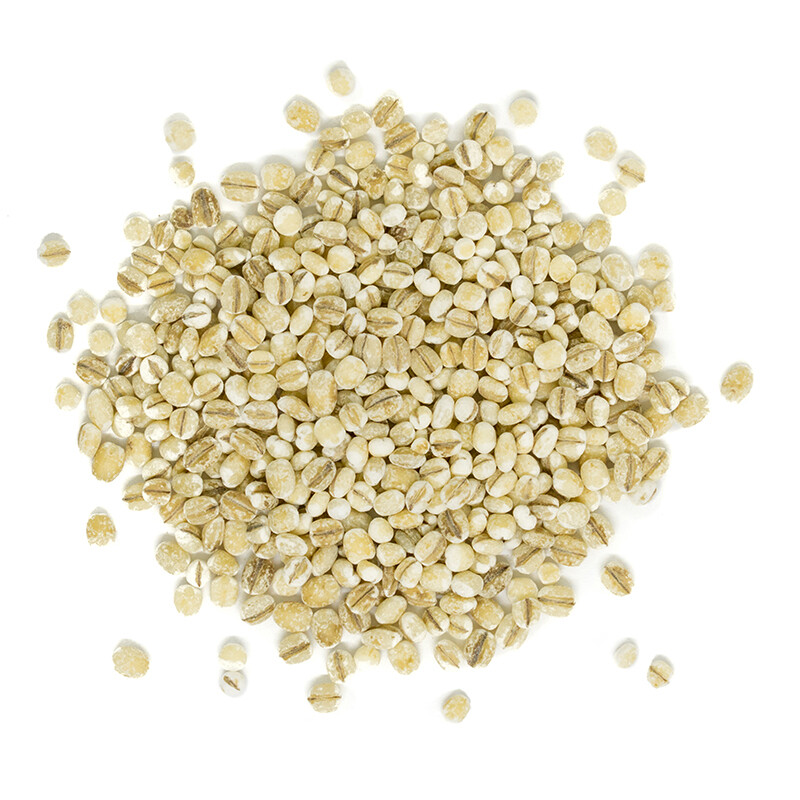 21021
C$4.80
In stock
1
Product Details
UPC: 778659210216
Brand: Private Label
One of the first known cultivated grains of the Fertile Crescent was Barley. Archaeological surveys and pieces of evidence have dated barley cultivation to 5000 B.C. in Egypt, 2350 B.C in Mesopotamia and 3000 B.C. in Northwestern Europe among various other regions. Barley was also the chief bread plant of the Greeks, Romans and Hebrews as it was for much of Europe through the 16th century. Barley has a nut-like flavour and is high in carbohydrates, with moderate quantities of protein, calcium, and phosphorus and small amounts of B vitamins. It also contains high levels of fibre. The pearl barley has a chewy texture and mild grain flavour to it. The barley is harvested with the hull intact after which it goes through a pearling process. Pearling is a scouring process that removes the outer hull and the bran layer of the barley kernel. This process results in a softer and faster to cook grain and is also the most common form of barley available in the market.
Save this product for later
Display prices in: CAD